The Evolution of Industrial Internet: How Far Have We Come?

What Is Industrial Internet

The Industrial Internet refers to the automation of machines through the integration of sensors and software. This automation process includes fields like Big Data, the Internet of Things, etc to enhance manufacturing, health care, and an array of other industries.

The process basically involves collecting and analysing data from machines and then suggesting operation improvements, maintenance, optimization and picking up errors and faults. It involves the union of software and analytic tools with big industrial machines, with the aim of increasing productivity and minimising unscheduled downtime.

Machines have always been able to pick up on issues and collect data on how to improve manufacturing, but humans weren’t always able to understand that data. Come 1959 Texaco’s Port Arthur refinery became the first chemical plant to use digital control.

RELATED: HOW THE INDUSTRIAL INTERNET IS SAVING LIVES AND IMPROVING HEALTHCARE

Now with the industrial internet connecting machines in a network with sensors and data analytic tools, humans are able to monitor these machines in real time and improve manufacturing.

For the first time in history, remotely distributed machines across the globe – from MRIs to wind turbines to aircraft engines – can be monitored in real time, unlocking the language of machines and opening tremendous benefits.

Where We Are Now

The Industrial Internet has been growing at an insane rate and isn’t showing any signs of slowing down any time soon, and that’s a good thing.

Click on this interactive image explaining the advancement of the Industrial Internet over the past 50 years: 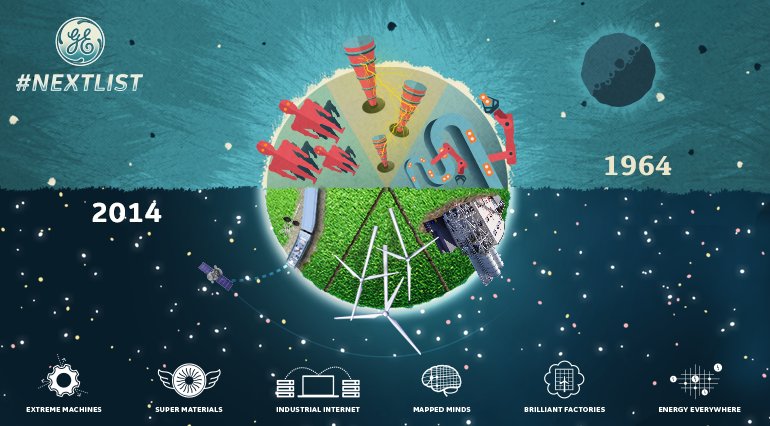 What The Future Holds

Brandon Owens predicts that productivity will be doubled over the next 15 years thanks to the automation of the manufacturing process made possible by the Industrial Internet.

The Industrial Internet could add half a trillion dollars to the energy sector and could raise income by 25%. Industrial Internet solutions developed by companies like GE are showing productivity improvements which leads to savings in water and energy and improves the reliability of industrial machines.

When the Industrial Internet is used to automate and optimize processes, improvements lead to better production, manufacturing and services and reduces energy and water usage, saving money and the environment. With predictive technologies, errors and faults can be picked up before they occur, reducing downtime.

There is so much more potential to be unlocked using the Industrial Internet and we’re sure to see significant growth in solutions in the future.

5 Of The Worst Gadgets Of Our Time

Video Games Of The Decade: These 10 Games Changed The Game

Top Tech Trends Predicted For The Next Decade

Toy Story 4 Review: The Adventure Of A Lifetime